Longlisted for the National Book Awards for translated literature 2019

No. 3 on LitHub's The Best Reviewed Books of 2019: Literature in Translation

An Orwellian tale that's part allegory, part literary thriller, The Memory Police is a deft and dark reflection on the terrors of state surveillance.

On an unnamed island off an unnamed coast, things are vanishing. First animals and flowers, then objects — ribbons, bells, photographs — and, at the hands of the Memory Police, the few citizens imbued with the power to recall these lost objects. At the center of the story is a young novelist who realizes, when books disappear, that more than her career is in danger. In an act of fearless resistance, her editor preserves her work and takes refuge beneath her floorboards. Together, as fear and loss close in around them, they cling to literature as the last way of preserving the past.

Inspired in part by Ogawa’s longtime fascination with the life of Anne Frank, The Memory Police echoes the horrific campaigns of the Gestapo, as well as the dystopias of Ray Bradbury’s Fahrenheit 451, Lois Lowry’s The Giver, and Kazuo Ishiguro’s Never Let Me Go. At the same time, Ogawa’s lean and lapidary prose has an uncanny power all of its own.

Claire Nozieres manages the translation rights for The Memory Police

In an era where the concept of truth is negotiable and Alexa might be spying on you, Ogawa’s taut novel of surveillance makes for timely, provocative reading.

A masterful fantasy about the melancholy of forgetting.

A quiet tale that considers the way small, human connections can disrupt the callous powers of authority.

Ogawa’s spare elliptical style has more in common with Kafka, or with her fellow Japanese master of minimalist disquiet, Kobo Abe. [...] It’s a quiet dystopia of loss and confusion.

What starts out as an elliptical take on loss becomes a darkly sinister warning that just because you can’t remember having something doesn’t mean it wasn’t taken from you.

Short, but profoundly powerful, the book’s austere prose produces a sense of building tension and urgency through to its spectacular, tragic ending. It has the timelessness of a fable, yet feels like an urgent warning about the need for resistance in a world that seems all too quick to forget the lessons of the past

The Memory Police is a masterpiece … It is a rare work of patient and courageous vision.

In this Orwellian fable, roses, ribbons, perfumes and more are going missing - and the so called Memory Police are ensuring that any thoughts or feelings attached to them are deleted too. When the police come for a literary editor, a novelist hides him. A work about identity, authoritarianism and self-expression.

A poetic exploration of the effects of state surveillance.

The author's style is rich in melancholy.

Eerily surreal, Ogawa's novel takes Orwellian tropes of a surveillance state and makes them markedly her own.

Items vanish one by one, from the novelist's island home and from islanders' memories alike. Police enforce compliance. Novelist bravely hides man with fully working recall but speed of disappearance increasing!

An unfortunately zeitgeisty novel about censorship, oppression, and the gradual compression of experience under autocratic regimes, this is a deeply traumatizing novel in the best way possible.

There are obvious parallels between the society she describes and those similarly intolerant of collective memory and will, but her achievement is to weave in a far more personal sense of the destruction and distortion of the psyche.

It's tempting to see the book as a remake of Nineteen Eighty-Four, although here the regime is more humane: there are no betrayals or torture, and brainwashing is not entirely the fault of the police.

This could be filed under 'surreal, dystopian satire', yet thus haunting work reaches beyond that to examine what it is to be human.

The Memory Police is a masterpiece: a deep pool that can be experiences as a fable or allegory, warning and illumination... it is political and human, it makes no promises. it is a rare work of patient and courageous vision.

Although The Memory Police was first released in Japan in 1994, the novel is particularly resonant now, at a time of rising authoritarianism across the globe.

Hope is a silent revolution for the oppressed, as Yoko Ogawa’s newly translated “The Memory Police” reveals. In the novel, originally published in 1994, Ogawa lays open a hushed defiance against a totalitarian regime by training her prodigious talent on magnifying the efforts of those who persistently but quietly rebel.

It’s safe to say Yoko Ogawa has done it again: she has shown why she’s one of the best writers Japan has; how she takes a genre or an idea into her hands and moulds it into something human, something frightening, something raw, and something wholly new.

This is a searing, vividly imagined novel by a wildly talented writer.

With spare but elegant prose, The Memory Police reads like a breeze but carries the emotional punch of a gale. In this novel, Ogawa — who has won every major Japanese literary award and is surely in store for a few international ones — quietly, calmly and viciously explores identity, community, authoritarianism, and of course, the transitory and untrustworthy nature of memory. If you love literary speculative fiction like I do, I guarantee The Memory Police will be a read you do not regret and would go into hiding to not forget.

In Japan, where history itself has been subject to revision — and those who bring up the country’s wartime past can be denounced or even censored — the novel’s lament for erased memories could be read as veiled criticism. Yet Ogawa did not intend to write a political allegory, she said. “I am just trying to depict each individual character and how those characters are living in their current time.”

The Memory Police loom, their brutality multiplies, but Ogawa remarkably ensures that what lingers are the human(e) connections.

Ogawa’s fable echoes the themes of George Orwell’s 1984, Ray Bradbury’s Fahrenheit 451, and Gabriel Garcia Marquez’s 100 Years of Solitude, but it has a voice and power all its own.

Time
The Best Books of Summer 2019

It's difficult not to see The Memory Police as a comment on creeping authoritarianism. So too is it a lovely, if bleak, meditation on faith and creativity—or faith in creativity—in a world that disavows both. But if you can read it in 2019 without thinking, often and acutely, "Holy shit, this is about the internet," then you're made of sterner (and more blissful) stuff than I.

Ms. Ogawa, for all her fervor, is more elusive. Her measured, compressed sentences seem intended to tranquilize rather than excite. In complete control of the reader’s attention, she fixes it one moment on the hands of a corpse, or the texture of a flower, then the next on the ineffable, fleetingly grasped.

The Memory Police is a masterpiece: a deep pool that can be experienced as fable or allegory, warning and illumination. It is a novel that makes us see differently, opening up its ideas in inconspicuous ways, knowing that all moments of understanding and grace are fleeting. It is political and human, it makes no promises. It is a rare work of patient and courageous vision.

Madeleine Thien
Author of Do Not Say We Have Nothing

What makes The Memory Police so mesmerizing is Ogawa’s ability to take age-old themes and turn them on their head to create an impressively imaginative work that’s disturbingly relevant to the current moment. 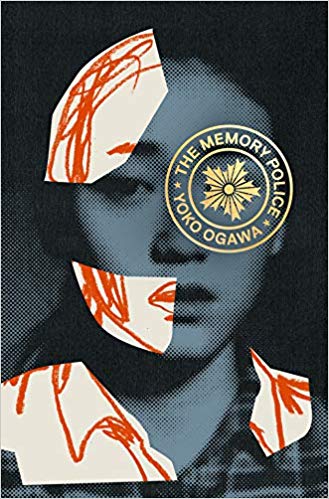